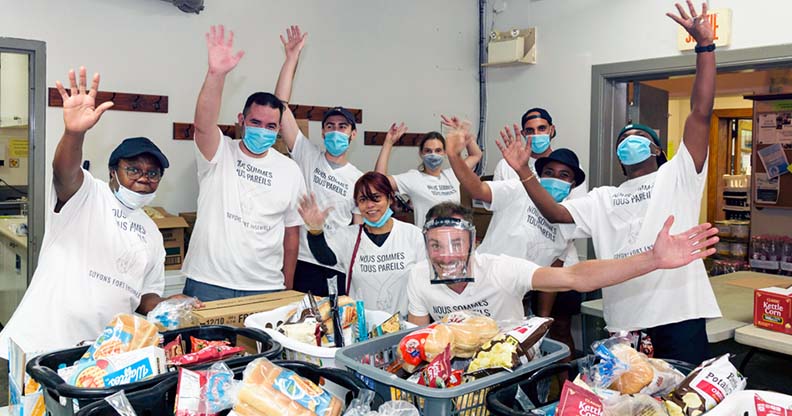 Centraide of Greater Montreal is proud to support and introduce you to Racine Croisée Solidarité SAWA, an agency that has just joined the Centraide network. The entire Racine Croisée team works tirelessly to promote social justice by providing food assistance and helping people from different social and cultural communities integrate into Greater Montreal.

Since its creation in 2006, Racine Croisée has promoted human dignity and fought poverty and social exclusion. Initially a collective initiative with a cultural aim, the agency has gradually broadened its mission and goals.

An agency BY and FOR the Black community

The agency was created and is directed by people from Montreal’s French-speaking Black community and uses an approach based on dignity and cultural safety. Based in Le Plateau-Mont-Royal, Racine Croisée has demonstrated since its inception that inclusive and culturally appropriate practices are key to helping as many people as possible..

LThe agency’s inclusive approach and location in the heart of the Plateau attract many new people, such as individuals who have lost their immigration status, students, etc., who have become vulnerable due to the health crisis.

Success depends on integration and solidarity

Racine Croisée is one of the biggest food security providers in the area, and its food distribution activities serve a large number of immigrants from racialized communities (Sub-Saharan Africa, Southeast Asia, North Africa, Latin America).

The agency’s mission is to provide people in need (newcomers, students, retirees and families) with sufficient and regular food aid. The goal is to fight food insecurity by helping people access a variety of nutritious foods while contributing to their dignity and self-sufficiency.

Other types of support

The agency also provides comprehensive and personalized support to immigrants (regardless of their status) and to racialized people, for example, with help to settle into their new society, through a tax clinic, and other services.

Centraide of Greater Montreal’s support for Racine Croisée aims to let the agency provide a continuum of services to the population over the long term.