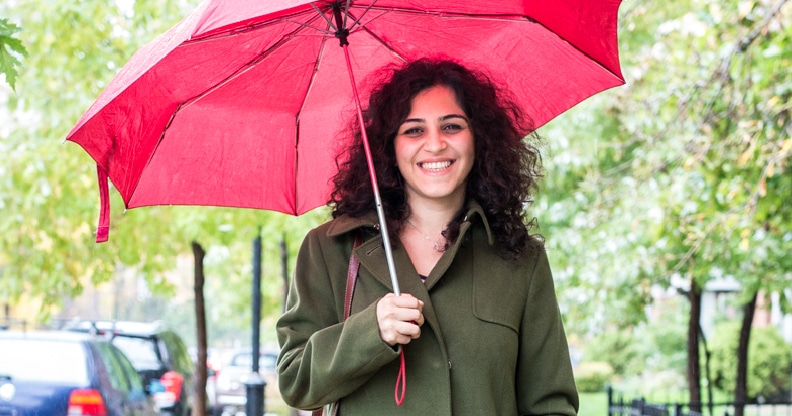 “I really think everything I’ve been able to accomplish is thanks to all the help I got.”

When she first arrived in Quebec, Nasim got a helping hand from La Maisonnée, and agency that helps newcomers.

Nasim is a dancer and choreographer. In her home country, Iran, dance has been banned since 1979. The state’s control over culture is so far-reaching that when Nasim was young, VCRs and VHS tapes were banned – although some cassettes were secretly passed around among families in her neighborhood.

When she was about 11, Nasim happened upon a secret tape of Swan Lake; she fell in love with dance, and knew she wanted to be a dancer, despite the ban. “I realized that was what I wanted to do,” she recounts. “I talked to my family about it. They were surprised; they said to me: ‘But where could we sign you up for lessons?’”

After five years of searching, Nasim found dance classes that were taught in secret, so she finally started to dance at the age of sixteen. As soon as she finished her training, she went on to pursue her passion in France, where she studied contemporary dance, took master classes, saw shows… Basically, she did everything she could to cultivate her art – everything that she could never have done in Iran.

Then Nasim moved to Montreal to continue to live out her dream. She found society in her new home to be very open. When she first arrived, Nasim got a helping hand from La Maisonnée, a Centraide-supported agency that helps immigrants and newcomers. La Maisonnée helped Nasim through the immigration process, but more than that, they were like her first family here in Quebec.

Grateful for the help and hospitality she received from the agency, and all too aware that arriving in an unknown country is always difficult, no matter what your living conditions, Nasim wanted to give back to the community: “I really think everything I’ve been able to accomplish is thanks to all the help I got. So I want to give others everything I can.” She’s become a volunteer for the agency’s homework assistance service for children who are recent immigrants to Quebec.

“Helping out gives you a whole lot of pleasure. I emigrated as an adult, and I found it difficult,” she remembers. “So I imagine it’s a lot harder for a child to understand why they’re leaving their country, their friends, to go to a country that’s very different from theirs. It’s important that there be people here to help them.”