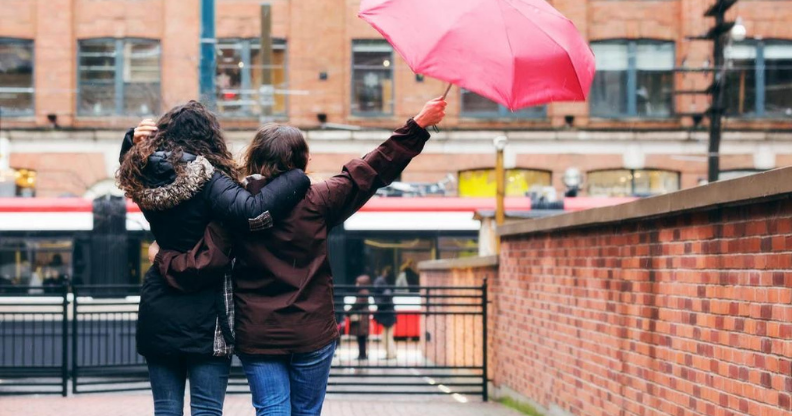 Publishing date: October 22, 2021 – Like many mothers with small children, Shannon Simpson struggled with the isolation brought on by the early months of pandemic lockdown, but she was able to get through it with the support of the West Island Women’s Centre.

Simpson took part in the centre’s online support activities with her three children, and she taught her own online courses during the lockdowns, all of which helped reduce the isolation and increased her sense of community belonging.

And while many of the classes were ostensibly about the children, Simpson said the most important part was allowing the grown-ups to connect with each other. “We just talk, we connect, we commiserate, we vent,” said Simpson. “There’s a whole lot of just building those connections and it’s nice to know that you’re not alone.”

The WIWC is one of 350 agencies in Greater Montreal supported by Centraide each year, including 23 like WIWC that are specifically dedicated to helping women. Last year, more than 75,000 women dealing with issues of housing, violence, or immigration were helped by them.

Some agencies, like the WIWC, are also places where women of all ages and stages come together to create support networks and develop a sense of community belonging. They run subsidized classes and discussion groups that help women return to school, settle in new neighbourhoods, deal with mental health issues, or work on projects that help develop their skills and self-esteem. WIWC Director Sarah Ford said she was especially appreciative of Centraide’s help during the pandemic, and not just for their financial assistance. She said that Centraide plays a unique role as a facilitator that connects community agencies like hers, governments, and businesses which does more than just put a band-aid on problems, but helps find real, long-lasting solutions.

“Having their support was huge, but not only just on the funding side,” said Ford. “We’re one of many groups that the government needed to look after in terms of providing information, but Centraide was able to communicate it to the agencies that they support. That was invaluable and I think that’s an important benefit of being part of a network.”

While Centraide actively supports agencies dedicated to helping women, it recognizes that many groups in Montreal face a higher risk of poverty and social exclusion, either because they are going through job loss, family upheaval, mental health issues, difficult immigration experiences, or because of other factors such as their sexual orientation, gender identity, age, disability, or ethnocultural background.

Various agencies are able to bring relief to Montrealers with the help of Centraide.

Thanks to the generosity of its donors, Centraide is a major player in the fight against poverty and exclusion in Greater Montreal. Donations enable them to brighten the daily lives of 800,000 people in Laval, the Island of Montreal and part of the South Shore.

One thing the pandemic demonstrated was the essential role played by community agencies as many of them stepped up to meet the surge in demand for food and housing assistance as well as helping isolated seniors and those with mental health problems.

“I think at the heart of everything is your community,” said Simpson. “If you’re looking to give back, you don’t have to look farther than your own backyard in order to find a place that’s worthy of your donations.”