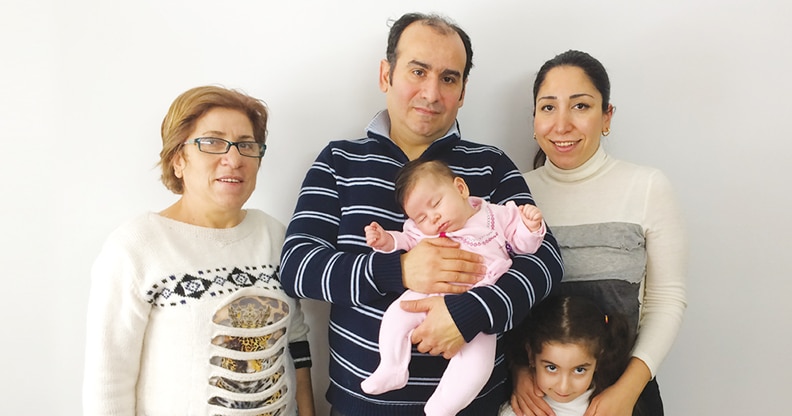 “Before the war, we had a good life, and we were really happy.”

Lucih and her family were supported by a centraide-supported agency dedicated to helping new immigrants integrate.

When the bombings reached her city in 2012, Lucih and her family lived in Aleppo, where her husband was a jeweller. The day her husband narrowly escaped being kidnapped by terrorists was the day they decided to leave. Rocket fire was becoming increasingly frequent, so they had to leave in a hurry. They had no choice but to leave everything behind.

They first tried resettling in Lebanon, a border country, but the high cost of housing was beyond their means, and survival became a daily struggle. Until, that is, the day they learned that Canada would offer them refugee status, along with the chance for a new life. Moved and relieved, they began the journey, arriving in Montreal a few months later.

When they arrived, Lucih and her family were supported by a Centraide-supported agency that was dedicated to helping new immigrants integrate. Administrative procedures, French classes, school registration, searching for accommodations; they provided all the services a family needs to make their move a success. Gradually, Lucih and her family have built a new life, regained a sense of peace, and started to make plans for the future. And a year after arriving in Montreal, the family grew, with the birth of little Eliana.