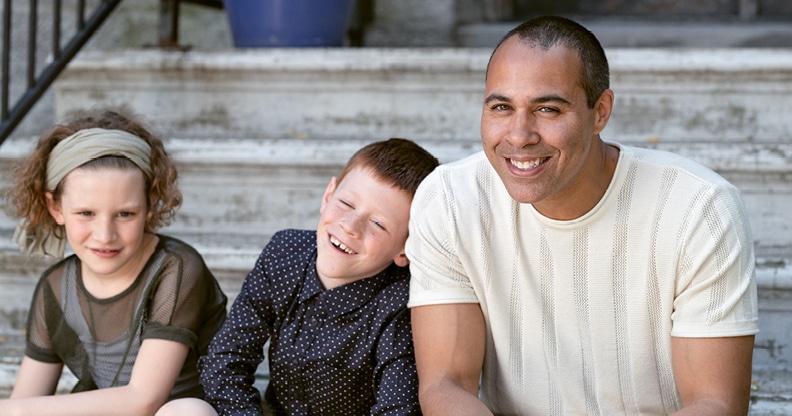 “It’s incredible to get home at night after spending three hours at an agency and receiving so much gratitude.”

Francis is involved in his community through different ogranizations, including as a volunteer on Centraide’s agency allocations committee.

“I became concerned about poverty and social exclusion issues when I was just 10 years old, when my father moved our family to Haiti. My father is from Haiti and my mother is from Quebec. I was from Boucherville, a suburb where children don’t want for anything. In Haiti, I was the white boy. In Canada, I was a foreigner. I had to find my way in both places, and at times I felt quite isolated.

Haiti was a big culture shock for me. For example, there’s such a gap between the poor and the well-off, you can’t believe your eyes! But then, after a while, you become blind to the poverty around you, which is equally unbelievable.

That said, the children who play in the street feel no barriers. Rich or poor, we all had fun together with what we had on hand, like marbles, jacks, or dominoes. I had a bicycle and others didn’t, so I would loan them mine. Things were simple.

I came back to Canada at age 19 to realize my dream of becoming a lawyer. After that, I felt that I had the time and the tools to help others and that I could start getting involved in local agencies.

I like volunteering and donating my time, skills and life experience to a cause that makes a difference in people’s lives, without expecting anything in return—although the feeling I get from it is incredible.

The causes I’m involved in have a direct link to my childhood. I have seen, felt and experienced poverty and social isolation. By getting involved, I feel like I’m taking action against an unjust situation.

As the father of two young children, I am particularly concerned about childhood poverty. I really want all children to have the same opportunities that mine do: to grow up happy and, above all, to be heard.

When I meet people who receive help from Centraide-supported agencies, I truly feel that my commitment has an impact.

I’m proud to give my time. It’s incredible to get home at night after spending three hours at an agency and receiving so much gratitude. You feel so light!”