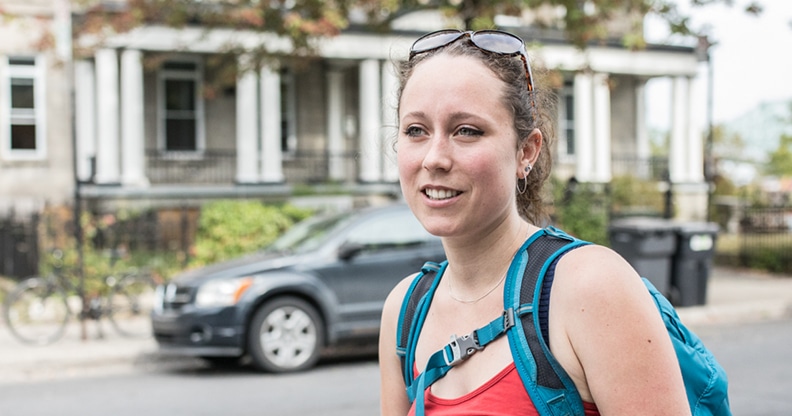 En marge 12-17 is the only place in Montreal that welcomes street youth and their families 24/7.

“When I was little, I didn’t understand why some people just had it easier than others. I wanted to create associations for children in need; I wanted to do humanitarian work.

That idea — of just giving people the chance to get help if they need it — has always stayed with me. I got my undergraduate degree in psychology, but there was a social dimension that was missing for me: connecting with every aspect of a person’s life… and that’s when I discovered social work. Teenagers and young adults, I just can’t get enough of them.

When you’re on the margins of society, you still define yourself in relation to society; you can’t ever be totally on the outside, or totally invisible. Street kids aren’t invisible, but they’re disturbing — to some people, anyway. Sometimes we tend to focus on their difficulties, because some have run away, others have spent time in the street, but when you accept someone completely, the whole person… If a young person tells me they want to commit suicide, it’s my job to try to make sure that doesn’t happen, but beyond that, I really care about these kids. They all have strengths, abilities, beautiful philosophies about life; they’re fantastic people.”