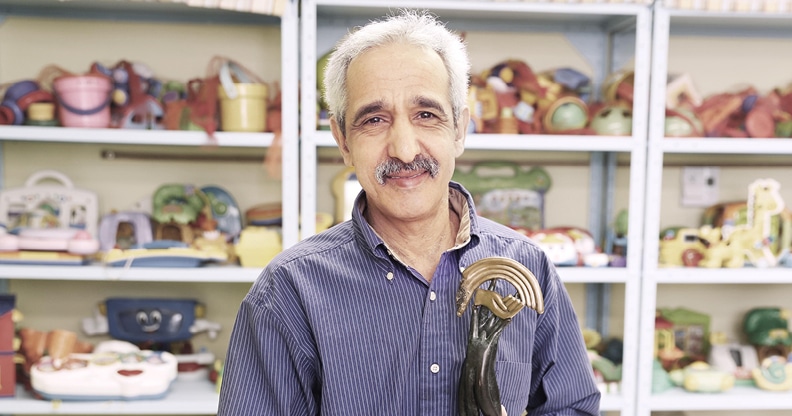 Mohamed developed resources that would encourage neighbourhood youth to stay in school.

Having lived in Quebec since 1989, Mohamed wanted to show his recognition to the people in his neighbourhood by getting involved in the community.

Mohamed Maazami and his wife settled in Quebec in 1989 in the Saint-Michel district of Montreal. They quickly became attached to their new home. They felt fortunate to have been welcomed so openly, so Mohamed choose to show his appreciation to the residents of his neighbourhood by playing an active role in their community.

In 1999, Mohamed got involved at the Joujouthèque Saint-Michel, an agency whose mission is to raise awareness of the importance of play in child development, as they promote healthy parent-child relationships and work to reduce the risk of developmental delays.

Over time, Mohamed found that youth in the northwestern sector of the Saint-Michel neighbourhood really suffered from a serious lack of resources. There was no youth centre or suitable community centre, so they had no place of their own where they could meet to learn or play. In 2011, Mohamed asked the Joujouthèque for help to develop resources that would encourage neighbourhood youth to stay in school. That was the beginning of the Phare de l’espoir (“Lighthouse of Hope”) adventure.

The Phare de l’espoir is a place where kids aged 7 to 16 years old can find a friendly ear and the experience of qualified volunteers. It’s a place that gives kids and teens a healthy dose of self-confidence and motivation, by developing skills that will help them at school and throughout their lives.

Since its inception, the Phare de l’espoir has grown, developing a partnership with the Louis-Joseph-Papineau School. The volunteer coaches’ daily efforts are inspiring, and they’re having an impressively positive impact in the lives of many young people.

Thanks to Mohamed, who dared to imagine a better world where kids in his community could flourish, Saint-Michel has taken a giant step towards ensuring the healthy development of the neighbourhood’s youth. It just takes a simple question: “What can I do for my neighbourhood?”

—Mohamed Maazami has shown that every citizen can leave a positive mark on their neighbourhood, city, and country.

Centraide has been supporting the Joujouthèque Saint-Michel since 2011.

Mohamed Maazami is the proud recipient of the 2017 Solidaires Engagement Citoyen.