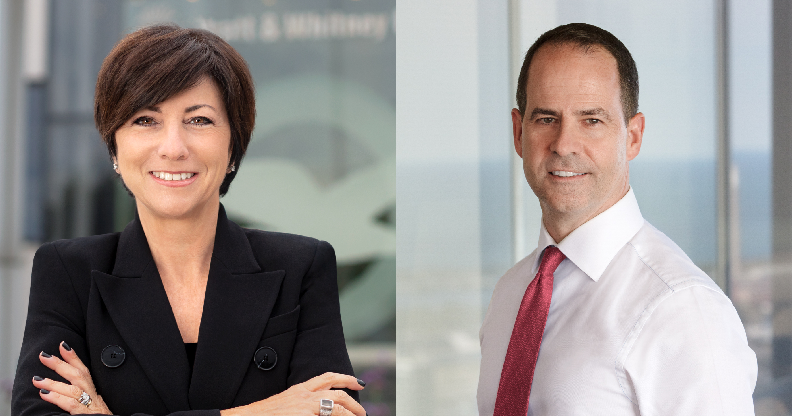 Being a good corporate citizen is part of Pratt & Whitney Canada’s DNA. Supporting Centraide of Greater Montreal lets us prioritize the communities we operate in. We are improving things and contributing to sustainable development in Greater Montreal.

Our financial contributions and employee volunteering are just some of the ways we are shaping a better world. Through my role as a sponsor of the Centraide campaign at Pratt & Whitney, I saw the positive impacts of this fundraising campaign on our teams. As a volunteer on Centraide’s Board of Directors for five years and on its Strategic Committee on Philanthropy for one year, I also witnessed how Centraide’s contribution is essential to the growth and vitality of our cities and neighbourhoods.

The 350 agencies supported by Centraide contribute to diversity and to the inclusion of minorities, people with disabilities, the LGBTQ+ community, and racialized people. These organizations improve the lives of women and men from all walks of life and communities.

We have just come through a very hard year; thanks to all Centraide’s donors, help and comfort were provided to thousands of people. Given the magnitude of the crisis, much remains to be done to continue to meet critical needs. More than ever, I invite everyone to contribute to this outpouring of generosity and community spirit by supporting Centraide.

Centraide: A catalyst for community change

By supporting Centraide of Greater Montreal and its network of community agencies, every organization becomes a catalyst for change in their communities. Thanks to my extensive experience with the Centraide United Way network, I can readily attest to this impact. I have been involved with Centraide as a volunteer for many years. I have seen the extent of its work and positive impacts in the major North American cities where I have worked, such as Montreal, New York, Chicago, and Toronto. Centraide lets agencies quickly and effectively contribute to communities to make a difference in the lives of thousands of people.

BMO has been a long-standing partner of Centraide of Greater Montreal. With our financial support, we participate in local economic development and inclusivity. We help community and business stakeholders come together to combat social exclusion and poverty. We are also pursuing the bank’s diversity, equity and inclusion strategy.

Throughout the health crisis, Centraide has shown the scope of its strength and relevance. The federal government, cities and many foundations, corporations and donors turned to Centraide to distribute emergency aid in recognition of its skills and its understanding of social issues in Greater Montreal.

In these times of great upheaval, let’s support initiatives that will lead to significant changes. Let’s aim for a more just recovery with the help of Centraide.

Darryl White was appointed Chief Executive Officer of BMO in 2017. He chairs the bank’s Executive Committee and serves as a director of BMO Financial Group, as well as its U.S. subsidiary, BMO Financial Corp. Darryl joined BMO in 1994 and worked in various cities, include his hometown of Montreal. An ambassador for BMO’s initiatives to ensure a diverse and inclusive workplace, he is active in community outreach and has developed strong ties with Centraide United Way.