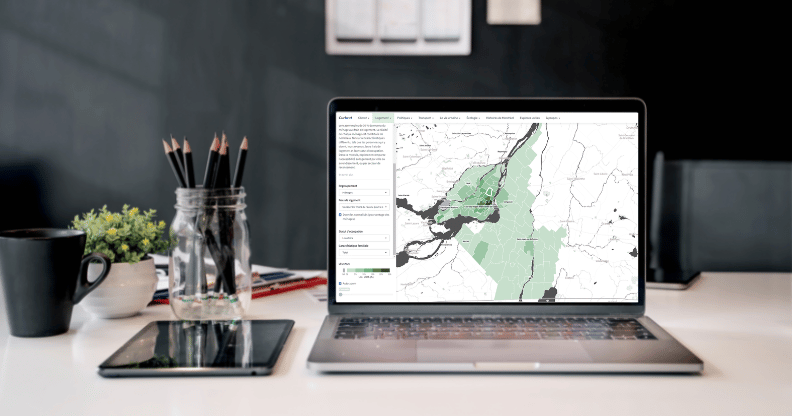 The Vital Signs on housing report has generated a lot of interest. Produced by the Institut du Québec at the request of Centraide of Greater Montreal and the Foundation of Greater Montreal, the report shows the importance of data to measure the impacts of the housing crisis among an increasing number of people who live in Greater Montreal.

The Vital Signs on housing report shows that the more we dig into specific socio-demographic factors and smaller territorial units, the better we can understand all nuances of an issue. For example, while the report shows that 3% of housing units are available across the entire territory, much less of this housing is in fact available to households with lower incomes (below $53,000 per year).

A new tool to serve society

Some of the maps in the Vital Signs report come from Curbcut Montreal, a platform developed by The McGill Sustainability Systems Initiative (MSSI) and managed by students and faculty at McGill University. While the Vital Signs report provides a snapshot of the situation, Curbcut Montreal is a dynamic and interactive online platform that tracks how the situation is evolving.

Centraide of Greater Montreal is proud to have contributed to the Housing and Urban Life sections of the platform by sharing its data and social expertise with Curbcut Montreal.

The information in the tool can also be cross-referenced with independent data to gain new insights. For example, when data on areas with higher climate risks is correlated with the rate of household net expenditures, we find a high concentration of households that spend over 50% of their income on housing in areas with high a vulnerability to heat waves.

Curbcut Montreal can be used to cross-reference data with indicators of housing quality, such as proximity to daycares, schools, grocery stores, or parks.

Continuing the conversation on housing

This platform is accessible and free to everyone. Access to this data is essential to sustain the conversation among stakeholders who care about creating an inclusive, poverty-free Greater Montreal. Centraide’s support of Curbcut Montreal is a testament to its unifying role and its desire to help find a solution to the housing crisis.

Want to explore this platform and learn more about housing issues?