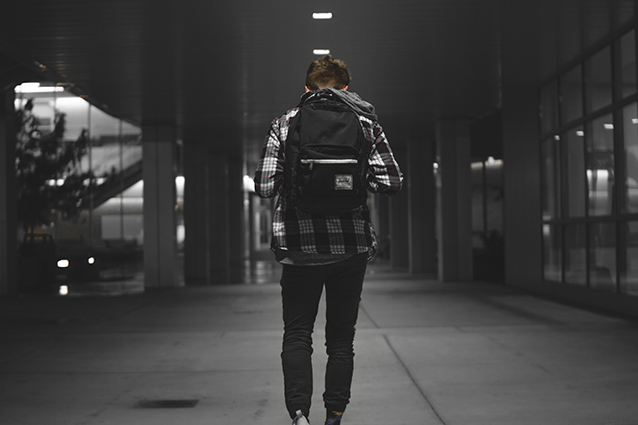 Youth success is key to building a stronger and more prosperous Greater Montreal. It is also an important tool in the fight against poverty.

Every student who graduates from high school embarks on a path to a better future and better living conditions. A diploma benefits not only each young person individually but also their family and community.

This is why all academic perseverance stakeholders, such as schools, community agencies, institutions, and Centraide, are working together to constantly support young people and families on the road to success.

Every student who graduates

We’re on the right track

This major step forward has come from collaborative work between local partners who take action through the neighbourhood roundtables and regional partners who come together through Montreal Hooked on School, the Regroupement lavallois pour la réussite éducative and Réussite Montérégie.

Still too many students drop out

To progress and succeed in school, students need a family environment that takes care of their basic needs:

However, families in a situation of poverty:

Tommy goes to Benado, an agency on the South Shore that works with young offenders and school dropouts. He just left Secondary 1, which he was starting over for the third time. He is now in the Pivot program for out-of-school teenagers. To be admitted, he had to show that he wanted to embark on a personal journey. The program does not teach academic subjects and instead develops social skills.

I’m 15 years old. I should be in Secondary 4 because I repeated a year in elementary school. I was actually pretty good at school. I liked it and I had friends. My parents separated when I was in Grade 4. I moved in with my mother, and the year after I had to repeat Grade 4 at my new school. But things got worse in high school. I started getting into trouble, using drugs, and being a bit of a delinquent. I went to the Option program at Bénado for two years in a row because I was suspended from school. The first time was for five days and the second was for two weeks.

I don’t want to have anything to do with school. Once I got to high school, I didn’t do a single assignment. I was put in the behavioural disorders group in Secondary 2. This year, I started training for a semiskilled trade and started an internship in cabinetmaking. I was good and my boss liked me a lot, but I just couldn’t get up in the morning. So the school expelled me from the program, and I came to Benado to take the Pivot program. I come here three days a week. We do activities to learn about ourselves. We play games to understand different topics. I love it! I don’t know if I’m going to make it through high school. I’d like to go to Au Tournant, where I can go through high school at my own pace.”

The proportion of immigrant students in Montreal schools is steadily increasing and reached 63% in 2017. In some neighbourhoods, the rate is as high as 75%. This is a major challenge with many issues that impact educational pathways.

They immigrate and then have to adapt to a new school system. Sometimes they have to learn a new language and build a brand-new network of friends. Despite many obstacles in their own immigration journeys (poverty, culture shock, school problems), these peer helpers welcome and help integrate young newcomers and Secondary 1 students at their school.

Everyone is Hooked on School

In February of each year, all Quebeckers mobilize around academic perseverance.

According to a survey done by Léger, one third of young Quebeckers aged 18 to 34 (32%) who thought about dropping out but who stayed in school say that the encouragement they got helped them continue with their studies.

This is proof that we can all have a significant impact on the lives of young people.

And this is why the theme for the 2020 Hooked on School Days (HSD) is Our actions, A+ in their success!

Teachers, parents, grandparents, friends, and employers are all invited to play a concrete role and make a difference during this event from February 17 to 21.

For more information about the 15th edition of the HSD, click here.

To consult the survey of Quebeckers aged 18-34 who have dropped out, thought about dropping out, or gone back to school, click here.

* Data provided for example purposes only, as the territory covered by Centraide of Greater Montreal on the South Shore represents only a portion of the Montérégie.

** Due to methodological differences, the dropout rate cannot be obtained with the following formula: 100% – (graduation rate) = dropout rate.