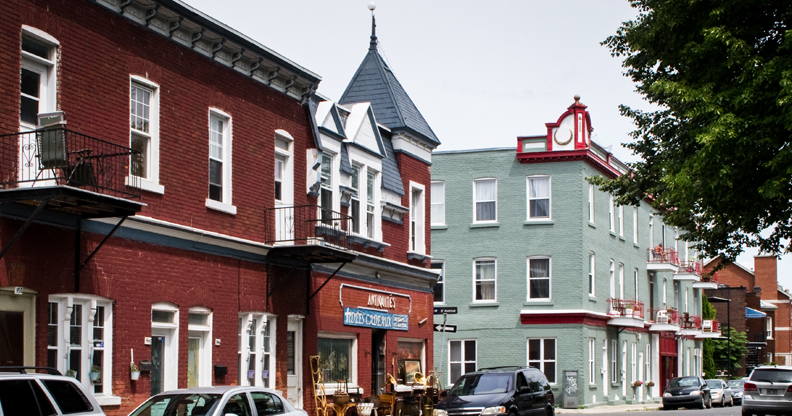 Founded in 1667 Lachine, is one of the first three parishes on the Island of Montreal. Its location upstream from the Lachine rapids made it a key site for the fur trade. Indigenous people have inhabited the area for more than 2,000 years.

Originally called Saint-Sulpice, Lachine was a landholding granted to René Robert Cavelier de La Salle. He decided to search for a route to China, yet his expedition was fruitless, so Saint-Sulpice was amusingly named “Lachine.” The name was made official when the Saints-Anges de Lachine parish was founded in 1676[1].

Lachine was integrated into the City of Montreal in 2002, during the municipal reorganization of the city and greater area. The borough of Lachine extends along Lake Saint-Louis to the west of downtown Montreal. The area is encircled by the Lachine Canal and Lake Saint-Louis to the south; the borough of Saint-Laurent and Côte-Saint-Luc to the north; the town of Dorval to the west; and Montreal-West and LaSalle to the east. Lachine is also divided by Highway 20. The northern side consists mainly of an industrial park, whereas the southern side is primarily residential. Road and rail transport routes create significant breaks in the urban fabric of the area and pockets in certain parts of the neighbourhood, particularly Duff Court and Saint-Pierre.

With nearly 45,000 residents, Lachine is a medium-sized borough. At the demographic level, it is characterized by a significant number of families with children and a gradual aging of the population, which is consistent with the population across the Island of Montreal. Immigration is recent yet increasing rapidly. However, the proportion of immigrants remains below the Montreal average (23% compared to 34%). According to community actors, several hundred asylum seekers have arrived in the neighbourhood over the past few years. 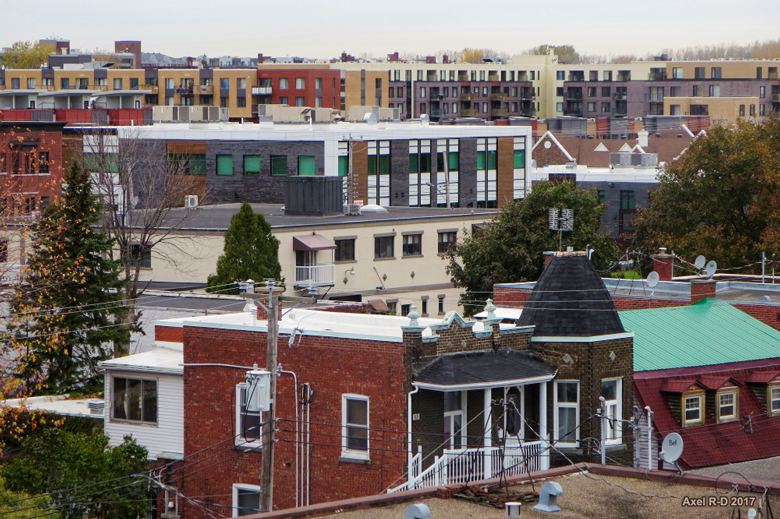 According to community actors, several hundred asylum seekers have arrived in the neighbourhood over the past few years. 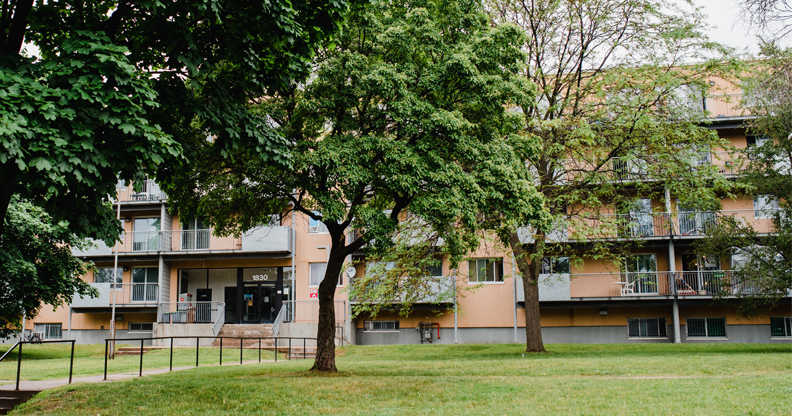 Situated on Duff Court Road between 14th and 24th Avenue, this sector of more than 2,700 residents is characterized by the large number of low-income housing units in Place Lachine, one of the largest low-income housing complexes in Canada. Neighbourhood housing also includes old and neglected rental stock. Isolated and disadvantaged, the area has a high concentration of families with children (82%), a significant presence of new arrivals (10%), and visible minority groups (47%).

Located in northeast Lachine, Saint-Pierre has more than 5,200 residents. Surrounded by imposing infrastructure such as viaducts, a highway, and a railroad, the old city of Saint-Pierre is cut off from the rest of the borough, which limits interaction with neighbouring sectors. In addition to these major urban development issues, the sector is affected by deteriorating buildings and a lack of commercial services, especially food services. Although the borough of Lachine is largely affordable, 40% of renter households spend more than 30% of their income on housing, which makes it much more challenging to provide for other basic needs. In Saint-Pierre, more than one in four people live on a low income (21% in Montreal). Like Duff Court, poverty particularly affects young children (29%) and seniors (30%), with a higher number of seniors living alone (45%). This situation is compounded by other vulnerability indicators such as single-parent families and low education levels in adults. 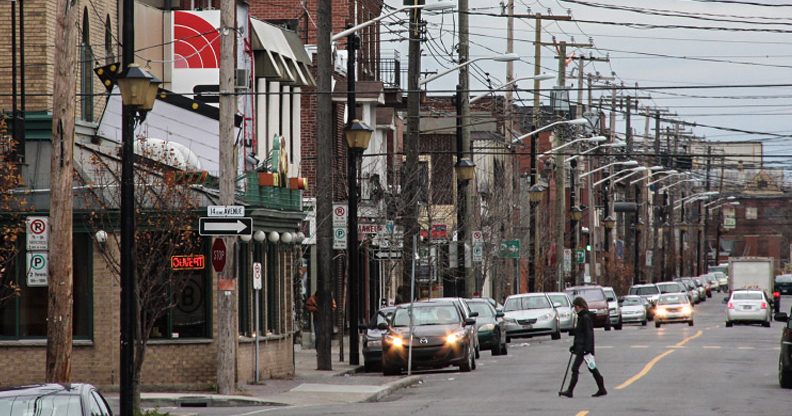 With more than 21,000 residents, Lachine East is the most populated area in the borough. Marked by sustained residential development and population growth, the neighbourhood has significantly transformed over the last decade. The conversion of the former industrial hub on the banks of the Lachine Canal will further accelerate this transformation by creating more than 4,000 housing units. Despite its vitality, Lachine East is the sector with the highest number of low-income individuals (more than 4,000). Like Duff Court, and Saint-Pierre, low education levels (22 %) and single-parent families (41%) are more prevalent compared to the Montreal average (17% and 33%, respectively).

Community workers in Lachine have been focused on Duff Court, Saint-Pierre and Lachine East for several years. Over time, several community initiatives—many of which supported by Centraide—increased accessibility to services by creating new resources and solutions adapted to the needs of residents.

Deprivation indicators such as low-income levels and the proportion of people living alone in Lachine are just under Montreal averages. However, the proportion of single-parent families and low education in adults, among others, is higher. Poverty is particularly high in Duff Court and Saint-Pierre.

The growing rate of immigration has led agencies and the neighbourhood roundtable to develop strategies to combat poverty and social exclusion adapted to demographic changes and the challenges new arrivals face. Centraide of Greater Montreal’s support allows agencies to strengthen their capacity and develop intercultural approaches and practices. In particular, Centraide helps to ensure that agencies reflect the neighbourhood’s ethnic composition in every aspect.

The improvement of living conditions in vulnerable areas remains a priority for Lachine’s stakeholders. In line with the 2017-2022 neighbourhood plan, Centraide supports existing resources and projects that seek to align efforts to reach vulnerable populations in Duff Court, Lachine East, and Saint-Pierre. Centraide of Greater Montreal remains in dialogue with community stakeholders to better understand and meet the needs of people living in Louis-Paré and Ivan-Franko, pockets of significant poverty.

to take care
of the essentialstiel

Example of initiative in the neighbourhood

Launched by the Integrated Urban Revitalization (IUR) in Saint-Pierre (Lachine borough), the project aims to create a temporary multipurpose space in collaboration with neighbourhood residents.

Centraide of Greater Montreal supports 7 agencies in the Lachine neighbourhood.