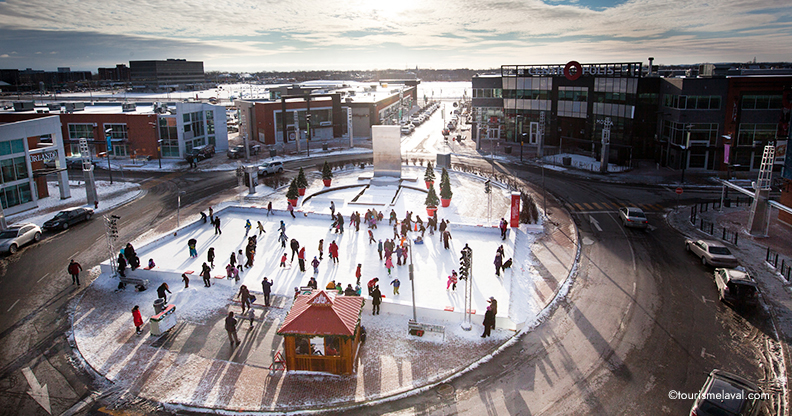 With an estimated population of 437,413 in 2017, Laval is the third most populated city in Quebec, behind Montreal and Quebec City, and the thirteenth most populous city in Canada. The city’s surface area spans 246.8 km2.

While the majority of Laval’s territory consists of île Jésus, it also includes many small islands around it that form the Hochelaga Archipelago.

Mille Îles River, to the north, separates Laval from the municipalities on Montreal’s North Shore. Prairies River, to the south, marks its border with the City of Montreal.[1]

One island, one city, one region

Laval is a young city, formed in 1965 by the amalgamation of 14 municipalities that were once devoted to agriculture. These municipalities became the neighbourhoods we refer to today, which are grouped at the administrative level into six bureaux municipaux lavallois (BML) (municipal offices of Laval).

At the political level, a particularity of Laval is that it combines the prerogatives of a city, a regional county municipality, and a provincial administrative area. As a result, the same stakeholders are involved in all three levels of decision-making, which is a unique governance structure in Quebec. The year 2013 was pivotal for the City of Laval, as the results of an election led to the formation of an entirely new municipal committee, giving the administration a fresh start. 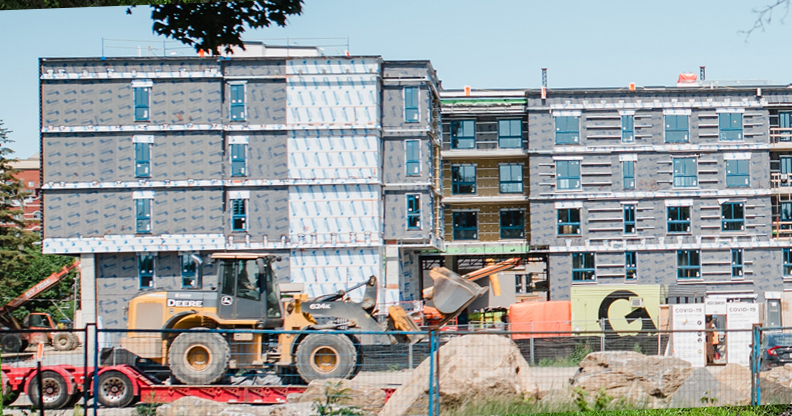 Poverty is present in most areas of Laval. It affects nearly 46,500 people, or one in 10, but is most highly concentrated in the southern inner-city areas of Chomedey, Laval-des-Rapides, and Pont-Viau. Chomedey stands out for several reasons. It is home to one-fifth of Laval’s population and has the highest rates of poverty. Across the entire island, it is striking to observe that affluent sectors exist alongside disadvantaged neighbourhoods. Vulnerable areas can be found in more affluent areas, such as Laval West and some sections on the east side of the Island.

A considerable proportion of low-income individuals, single-parent families, and children under the age of six living in poverty can be found in Chomedey, Laval-des-Rapides, and Pont-Viau. This is a troubling reality, particularly as it affects nearly one in four children in the area. There is also a high proportion of people living alone, particularly seniors, in these three neighbourhoods. Many immigrants also live in these areas, particularly newcomers, who are likely to experience disadvantages as they settle..

In this regard, Chomedey is the most cosmopolitan neighbourhood, as it’s home to one-third of Laval’s immigrant population, with 43% of its population comprised of immigrants. The highest number of new arrivals (people who have been in Canada for less than five years) are in Chomedey, Laval-des-Rapides, and Pont-Viau. New arrivals in these areas have difficulty accessing employment, and work conditions are often precarious, as evidenced by the high unemployment rate and much lower income, despite high levels of education. Other factors may also contribute to job insecurity, such as limited social networks, language barriers, and systemic discrimination.

In the southern inner-city areas of Laval, many households face difficult living conditions. There is a higher number of renters compared to the Laval average, and residential mobility is significant. In Chomedey, two in five households spend too much (30% or more) of their income on rent.

From a commuter city to a major urban centre

While often thought of as a commuter suburb, Laval is a dynamic city that is gradually transforming into a major urban centre. In recent years, the city’s development has been driven by several large-scale projects, including the Highway 25 metro and bridge, the university campus, Biotech City, and a new amphitheatre. Laval’s urban plan is characterized by major roads and the proximity between residential and commercial, industrial, and agricultural areas, which encourages transport by car. Given the breadth of the territory, public transportation and safe infrastructures for active transportation are insufficient, which may increase the isolation and vulnerability of individuals, especially those in neighbourhoods with limited resources.

For instance, in more remote areas like Saint-François, lack of access to fresh and affordable food is a factor that contributes to the precariousness of disadvantaged populations.

The insufficient availability of social and affordable housing puts additional stress on vulnerable groups such as single-parent families, new arrivals, seniors, youth, and homeless people. However, in recent years, structuring initiatives have emerged to improve this situation.

Centraide of Greater Montreal focuses on four important issues to fightpoverty in Laval:

Centraide of Greater Montreal pays particular attention to projects deployed in the areas most affected by these issues.