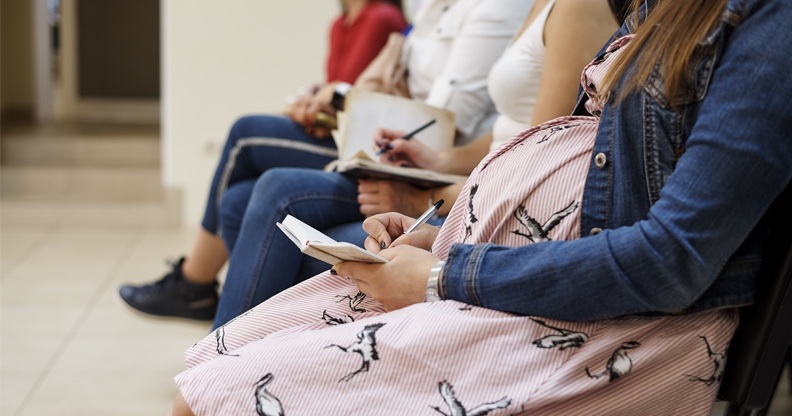 Six new moms represented by Mouvement Action-Chômage (MAC), a Centraide-supported group that advocates for workers and the unemployed, have won an important court case.

These mothers were denied regular EI benefits after their positions were terminated because they hadn’t worked enough hours due to being on maternity leave. The Social Security Tribunal of Canada found that this law discriminates against women.

MAC is now seeking changes to the Employment Insurance Act so that all women workers are entitled to unemployment protection despite any absences from the labour force due to pregnancy, maternity leave, or family responsibilities.

“Advocacy organizations like MAC defend the interests of people who don’t always know how to denounce an injustice, who feel helpless to overcome their situation, or who lack the experience to jump through all the system’s hoops. It’s not easy to navigate all that by yourself! People may be unfamiliar with the laws, the administrative procedures can be burdensome and complex, and some people struggle to understand French or consult documents online. Although MAC worked to help these six new mothers specifically, their win will benefit all women in Quebec and Canada. If the law changes, this will be a great victory for worker equality.”

Women: A group already at greater risk of poverty

Women pay a price for motherhood, as maternity leave benefits only represent a portion of their salary, which is already lower on average than that of men.  In fact, 60% of low-wage jobs in Quebec are held by women.

Women have become poorer since the start of the pandemic, as more women have lost their jobs and reduced their work hours. We also know that many of them have left the labour market or given up trying to find employment after losing a job to take on more parenting duties.

Centraide supports close to sixty community agencies in Greater Montreal that advocate for collective rights with an annual investment of $7 million.

Centraide supports close to sixty community agencies in Greater Montreal that advocate for collective rights with an annual investment of $7 million. These agencies help bring people together to fight for their rights and fight discrimination. They take action to improve the living conditions of people more at risk of poverty or social exclusion, such as women, people with disabilities, people with mental health problems, racialized people, etc.

They can even change the rules of the game, as MAC did this time for women and employment insurance. Their influence and action have a wide societal impact.