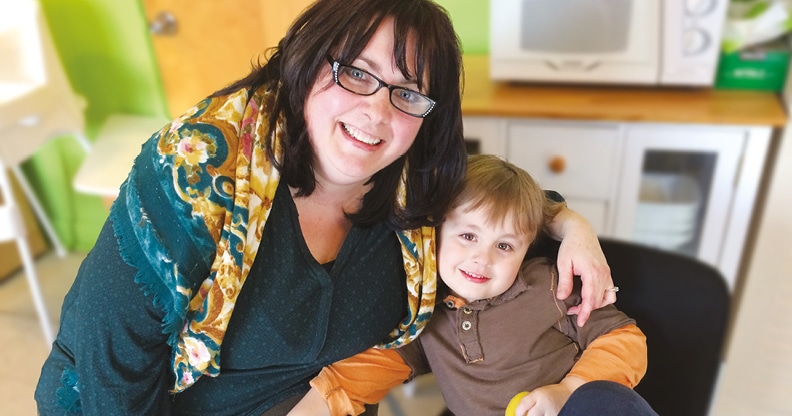 “I began to suspect that something was wrong.”

A Centraide supported-agency helped Isabelle find all the resources she needed to help Benjamin reach his full potential.

After many years hoping to have a child, Isabelle and her husband were thrilled with the birth of their son, Benjamin.

By the age of 2, Benjamin spoke very little, and Isabelle started to worry. He was diagnosed with autism. Isabelle started attending a family home supported by Centraide – a home and family-focussed referral centre with access to support services and support networks. This agency was a great help; Isabelle and her family found all the resources they needed to help Benjamin reach his full potential.

A year later, Benjamin’s diagnosis was reversed: he actually suffers from severe motor verbal dyspraxia. He has begun to communicate more, and his progress continues. And today, he’s getting ready to start kindergarten.