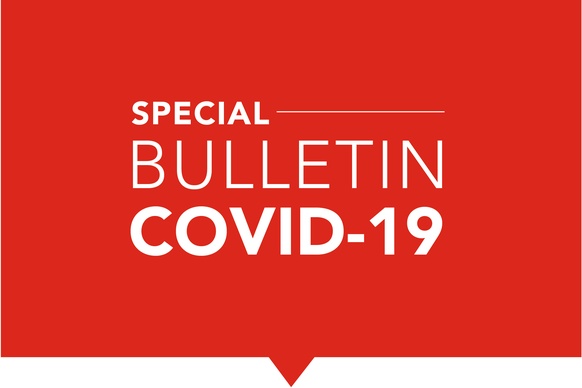 Centraide of Greater Montreal deploys unprecedented support: Emergency funding of $24M allocated to 635 community agencies in Greater Montreal since the start of the crisis, but needs are still immense

Montreal, December 8, 2020 – Centraide of Greater Montreal has allocated over $24M in additional funding to 635 community agencies through its four emergency funds. These funds were created to support the community sector that works with groups made even more vulnerable by the COVID-19 crisis. However, needs remain great.

Since the start of the pandemic, Centraide has received over $56M in requests for emergency assistance from agencies, or more than double the amount available.

This emergency financial support of $24M has been used to offer services mainly in the areas of food security, psychosocial support, as well as listening and referrals to guide people to available resources in Greater Montreal. Given the magnitude of the crisis and the need to act effectively, the federal government, the cities of Longueuil, Laval and Montreal, as well as several boroughs and foundations decided to distribute their emergency funding through Centraide, which represents a show of confidence in Centraide’s expertise and agility to deploy funds quickly where needs are most pressing.

This support was allocated as follows (agencies may have received money from more than one fund this emergency):

$710,000 – The Government of Canada’s New Horizons for Seniors Program

“From the start of the pandemic, agencies have had to reorganize their services at considerable expense to meet increased demand for their resources. They have had to react quickly so that people made vulnerable by the crisis can get enough to eat and stay physically and psychologically healthy. Without these exceptional measures and direct assistance, it would have been tremendously difficult for agencies to adequately support vulnerable people. The scope of what community workers have accomplished given the pandemic is unbelievable. However, despite everything they are doing, people are still in need,” said Mario Régis, Vice-President – Social Development, Centraide of Greater Montreal.

CGM would like to thank the Government of Canada for its partnership and investment in the Greater Montreal region.

“Canadian charities and non-profit organizations play a vital role in our communities. However, the COVID-19 pandemic is bringing real challenges to these important organizations. The Government of Canada is pleased to support these organizations through the Emergency Community Support Fund so that they can continue to help the most vulnerable members of our communities during the COVID-19 pandemic,” said Ahmed Hussen, Minister of Families, Children and Social Development.

Centraide of Greater Montreal quickly set up new, flexible and diligent processes to deploy emergency funds throughout its territory and evaluate the 1,600 requests for funding that it received.

Each request was meticulously analyzed, and the approved amounts were paid out to agencies in less than a week of their approval. This rapid response was essential to help agencies absorb costs to deal with increased demand and implement new health measures.

These emergency funds were open to all community agencies, and many agencies (61%) outside the Centraide of Greater Montreal network received money from these programs.

For examples of projects supported by our emergency funds

A call for generosity

Agencies have been able to deal with the health emergency, but the impacts of the crisis will continue with the second wave. Vulnerable populations are the groups most adversely affected by the pandemic. People experiencing homelessness, Indigenous people, single people, women, young people, single-parent families, racialized people, migrants with a precarious status, and the working poor have all been heavily impacted.

The challenges are multiple and include isolation, psychological distress, financial problems due to job losses, and more. Agency services continue to be in very high demand despite staff fatigue and a lack of volunteers. They must deal with this new reality and find urgent solutions to keep their activities going.

It is essential that we support the community agencies working to respond to the many needs of a larger number of people affected by the economic and health crisis. Centraide’s annual campaign represents its main source of revenue to help a network of community agencies that are indispensable for vulnerable people. To continue supporting the community, Centraide invites anyone who can to give as generously as possible to its 2020 fundraising campaign, which will run until the end of December, by visiting centraide-mtl.org.