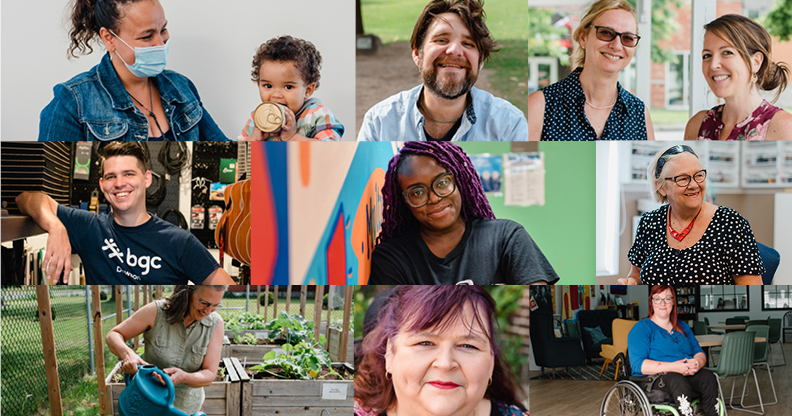 Montreal, June 15, 2022 – Centraide of Greater Montreal invested $59.1 million in 2021-2022 to support agencies and projects that tackle both the causes and effects of poverty in the neighbourhoods of Montreal, Laval and the South Shore. This is the result revealed in the Report to Our Community that Centraide released last night at its annual general meeting.

This money was mainly collected through its fundraising campaign among Major Donors, companies, agencies, unions, workplace employees, and the general public. Thanks to support from its donors, Centraide can apply a systemic approach aimed at stopping the cycle of poverty by addressing each of its dimensions.

The incredible generosity of donors led to a surplus of $6.3 million on top of the $59.1 million invested. The majority of this additional funding will be distributed over the next year as additional investments to agencies. Over 88% of the money raised this year has been or will be returned to Greater Montreal’s communities.

“Human dignity is the focus of everything we do. The money we give to nearly 350 community agencies and collective projects helps over 800,000 people every year. Centraide’s action also ensures that all sorts of stakeholders—such as community agencies, neighbourhood roundtables, institutional partners, foundations and citizens—can come together to tackle our most pressing social issues. They help keep children from going to school hungry, ease the isolation of seniors who live alone, assist single mothers in their search for adequate housing, and ensure people with mental health issues get the support they need,” said Claude Pinard, President and Executive Director of Centraide of Greater Montreal.

Over the past year, Centraide has further supported the community sector through:

Centraide also supported many innovative projects with funds from philanthropic and institutional partners:

A true agent of change, Centraide of Greater Montreal takes action in the territories of Laval, Montreal and the South Shore. It regularly supports a network of 350 agencies and collective projects every year. Centraide is supported by businesses and organizations as well as the general public. It invests the money it raises through a needs analysis done in each of the territory’s neighbourhoods and communities. It implements strategies and actions to break the cycle of poverty and social exclusion to improve the living conditions of vulnerable people. Over 800,000 people are helped each year by the agencies supported by Centraide of Greater Montreal.