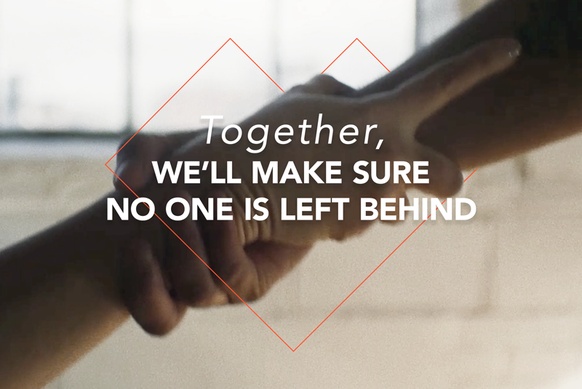 Centraide of Greater Montreal launches its 2020 campaign: A great outpouring of generosity to reduce poverty and social exclusion

Before the pandemic, one in seven people in Greater Montreal received assistance from an agency supported by Centraide of Greater Montreal. The pandemic has made the most vulnerable even more vulnerable and has led to a significant increase in essential needs among the most disadvantaged, but also among people who suddenly found themselves facing financial insecurity. The human repercussions will continue to be felt in the months and years to come.

This year, Centraide is reinventing its usual fundraising activities to call on those who are able to make a donation.

In order to highlight the launch of this call for generosity, the public is invited to join the #LocalLoveMTL campaign in creating a virtual gathering that will take the form of a huge mosaic of solidarity. Centraide is also launching a poetry slam for its annual fundraising campaign. This slam, presented in the form of a video, is an ode to Greater Montreal, to the people who live here and to everything that makes us proud, despite the inequalities and challenges we must tackle together, especially in these difficult times.

“The slam is a poetic way to underline our commitment to our Greater Montreal in all its splendor, but also to present its challenges, while portraying this large social fabric of which we are proud. The virtual mosaic that will also be created throughout the fall will make this commitment to our community even more concrete. We hope that people will join our movement, participate in the mosaic, share the slam, and of course, be generous if they can afford it. Even more people will need our support in the coming months,” said Lili-Anna Pereša, President and Executive Director of Centraide of Greater Montreal.

The #LocalLoveMTL campaign encourages people to show their love and commitment to Greater Montreal and its various neighbourhoods, cities, and villages, whether they are in Montreal, Laval, or on the South Shore. Through social networks, Centraide wants to highlight the link between the enviable quality of life in our great metropolis despite the pandemic and the human solidarity of the tightly knit community that reigns here. This is what makes Greater Montreal so unique and resilient, and it’s what we must strive to protect.

Centraide invites the public to participate in this virtual gathering by sharing a photo of themselves or a significant moment highlighting mutual aid and inclusion online or on Instagram or Twitter using the hashtag #LocalLoveMTL. The thousands of photos received will create a mosaic of digital photos that will take shape, throughout the fall, on the Centraide of Greater Montreal website.

Exceptionally this year due to health measures, the virtual mosaic will replace the traditional Centraide March of 1000 Umbrellas, one of the flagship events of the annual campaign that brings thousands of participants, businesses, agencies, partners, and the general public to the streets of downtown Montreal each year for a solidarity walk.

A unifying slam for a tightly knit Greater Montreal

Showing love for Greater Montreal through poetry and music is one of the avenues chosen by Centraide to promote the mutual aid, generosity, and inclusion initiatives that are multiplying in the community. The organization called upon local slammers Élémo and Roen Higgins to perform this tribute to Greater Montreal and the people who give it its soul and unique character. The slam paints a portrait of the daily “pre-COVID” reality and contradictions found in our great metropolis, while sending a message of hope to the community.

Click here to watch the video of the slam.

Check out our press release from June 4 for more information about the co-chairs and the 2020 campaign cabinet.

Centraide of Greater Montreal operates in the territories of Laval, Montreal, and the South Shore. In the pre-COVID-19 era, close to 57,000 volunteers were involved in the roughly 350 community agencies that it supports on an annual basis. Thanks to its COVID-19 emergency fund, the Youth Project, and the Government of Canada’s aid programs, Centraide of Greater Montreal has invested an additional approximately $16 million in 550 community agencies over the last few months (as of July 10) in order to meet urgent needs. Centraide has a presence in 18 regions in Quebec and receives support from companies, private, public and para-public institutions, and major unions. The funds collected are invested locally to break the cycle of poverty and social exclusion. Visit centraide-mtl.org for more details.