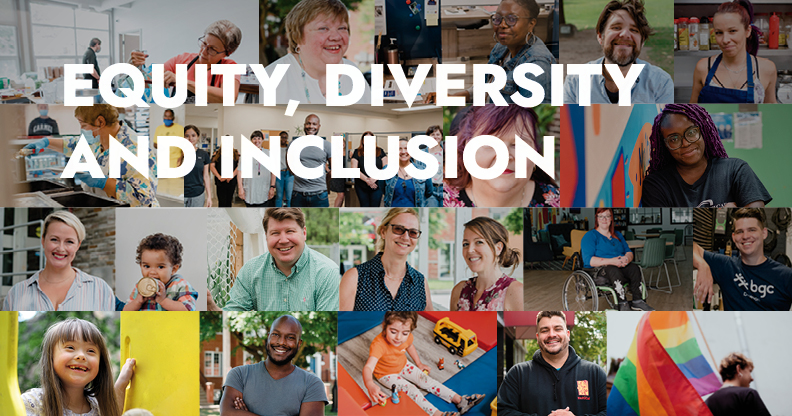 Montreal, June 21, 2022 – Centraide of Greater Montreal is launching a special fund to support and develop equity, diversity and inclusion practices in communities in Montreal, in Laval and on the South Shore. Some groups are at a greater risk of poverty and social exclusion, such as newcomers, racialized people, people with disabilities, or LGBTQ2S+ and Indigenous communities. The new EDI Fund will specifically address the needs of these marginalized people. This initiative is particularly relevant given that a significant number of refugees and asylum seekers—who are often in a situation of great insecurity—are settling in the Montreal region.

“Thanks to this funding, Centraide can continue working on and thinking about how to advance its inclusive practices and those of the agencies it supports and how to foster initiatives that aim to reduce systemic barriers. The EDI Fund will let us build on our momentum by encouraging the community sector to adopt practices that are more inclusive. We can also develop new collaborations to increase financial support for agencies and projects that serve people who are more at risk or who have not had a historically close connection to our usual network, such as Indigenous people,” explained Claude Pinard, President and Executive Director of Centraide of Greater Montreal.

“iA Financial Group supports diversity in all its forms and invests in communities to support the social inclusion of all its members. We are proud to contribute to Centraide of Greater Montreal’s EDI Fund and to participate in social justice efforts. This fund will lead to new tools and mechanisms to provide greater support to community agencies. This is also an excellent opportunity to develop new collaborations in a spirit of reconciliation,” said Denis Ricard, President and Chief Executive Officer, iA Financial Group.

“CDPQ is proud to support Centraide’s EDI Fund. The actions made possible through this fund will help communities experiment and innovate to create inclusive practices that benefit their communities. This concrete initiative is an addition to those we carry out every day to develop a more sustainable society, which is a priority for our organization,” said Charles Emond, President and Chief Executive Officer of the CDPQ.

In recent months, Centraide developed a reference framework to better identify its EDI tools and strategies, particularly in terms of targets and priorities for investment in the community; evaluation, data collection and analysis; and the reinforcement of agency skills and leadership to promote inclusive practices. This framework will let Centraide continue to provide an inclusive leadership space for Greater Montreal communities while itself being in a constant state of learning.

The EDI Fund is in addition to the $4.1 million that Centraide already gives annually to 90 agencies in Montreal, in Laval and on the South Shore to support racialized people, such as recent immigrants or people with an insecure status. This number includes newly funded agencies created by and for the communities they serve, such as Mains Utiles, FAREHD Canada, and the AMAL Centre for Women.

Over the past year, Centraide has also enriched and developed relationships with Indigenous organizations and communities in Greater Montreal to help actively support them and their ongoing initiatives. The new EDI Fund will also let Centraide accelerate its collaborative efforts with other agencies working to reduce systemic barriers.

A true agent of change, Centraide of Greater Montreal takes action in the territories of Laval, Montreal and the South Shore. It regularly supports a network of 350 agencies and collective projects every year. Centraide is supported by businesses and organizations as well as the general public. It invests the money it raises through a needs analysis done in each of the territory’s neighbourhoods and communities. It implements strategies and actions to break the cycle of poverty and social exclusion to improve the living conditions of vulnerable people. Over 800,000 people are helped each year by the agencies supported by Centraide of Greater Montreal.