During the first two centuries of its history, Côte-des-Neiges was a small, slow-growing village of tanners and farmers. However, at the beginning of the 20th century, the pace of its growth increased dramatically. Over a period of sixty years, institutions and residential housing took over the area, erasing all traces of the former village. A services economy, centred around the health and education sectors, replaced the rural economy and established itself as the neighbourhood’s driver of economic growth until the early 21st  century. The population soared and diversified, and the “little French village” quickly became the “borough of 110 languages.” The multicultural composition of Côte-des-Neiges continues to this day.

Over the years, residents took various steps to improve their living conditions. They came together to provide services, break social isolation, develop recreation activities, fight for causes, and defend their rights. The close involvement of residents allowed community agencies to become key players in the social development of neighbourhoods. The people of Côte-des-Neiges made the neighbourhood what it is today: a borough that faces many challenges, yet is strengthened by a wealth of culture and community spirit.1

Côte-des-Neiges is regarded as a neighbourhood of many nations, students, and even institutions. With nearly 100,000 residents, it is one of the most populous areas on the Island of Montreal. Throughout its history, Côte-des-Neiges has welcomed many immigrant communities. Once home to communities of Francophones, Anglophones, and Irish nationals, the neighbourhood gradually transformed with every wave of immigration. Of note is the arrival of the Jewish community, which coincided with a boom in growth and the construction of the University of Montreal in 1930.

The neighbourhood remains an ideal place for new immigrants to settle. Recent immigrants make up 14% of the population, which is twice as high compared to Montreal. More than half of the population (54%) is a member of a visible minority group. Within this mosaic, some cultural and religious communities are more strongly represented than others. This is the case not only for Filipino, Jewish, Black, and Anglophone communities, but also for those from Eastern Europe, North Africa, Latin America, and Southeast Asia. Moreover, the university attracts students who don’t tend to settle for long. 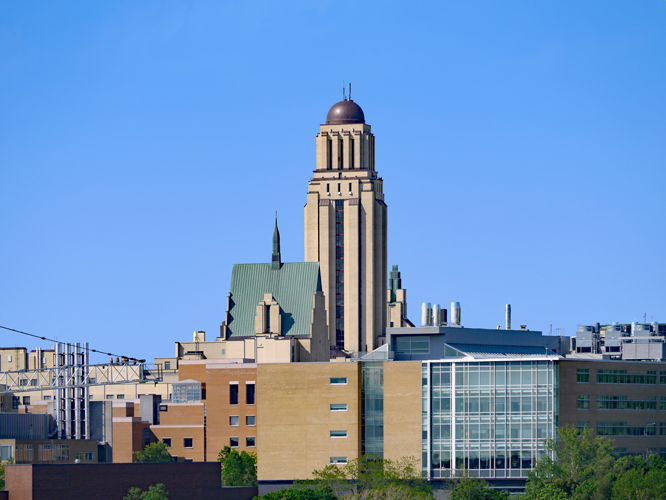 Côte-des-Neiges is a culturally and socially diverse neighbourhood, yet one that faces considerable challenges in terms of inclusion, access to resources and public services, decent housing, and quality employment opportunities.

There is a stark contrast between the various sectors, caused in part by poor urban planning, as well as the socio-economic divisions between Upper and Lower Côte-des-Neiges, which is divided by Côte-Sainte-Catherine Road. Commonly called Upper Côte-des-Neiges, Côte-des-Neiges-Sud is home to students and institutions. The population is highly educated, a high number of people live alone (23% compared to 16% in Lower Côte-des-Neiges), and residential mobility is high.

Around 60% of the borough’s population lives in Côte-des-Neiges-Nord, commonly called Lower Côte-des-Neiges. A higher concentration of immigrants, allophones, visible minority groups, and twice as many families with children live in this area compared to Côte-des-Neiges-Sud.

The high number of low-income residents (29,380, one-third of the population) in Côte-des-Neiges poses major challenges. Poverty is most pronounced in terms of material disadvantages, while the unemployment rate remains higher than the Montreal average, and the average income is among the lowest on the Island. One in five workers, representing nearly 5,000 people, is a low-paid worker, making the borough the home to the highest proportion of low-paid workers in Montreal.

However, the neighbourhood has several strengths, including a relatively young, educated population, several regional institutions (universities and hospitals), a multitude of community resources, and a University Health and Social Services Centre (CIUSSS), which has become extremely well-versed in working with a multiethnic population. In fact, more than half of the population (54%) is a member of a visible minority group (Montreal: 33%). And nearly half of the population is allophone: 46% have a mother tongue other than French or English (Montreal: 33%).

In line with its regional approach, Centraide of Greater Montreal closely follows and pays particular attention to financing requests that aim to address challenges in the Côte-des-Neiges area.

Special attention is directed at programs and projects that maximize investments and increase community capacity to respond to the social challenges of combatting poverty. These issues include:

Examples of initiatives in the neighbourhood

The Safe Housing Brigade in Côte-des-Neiges comes to the aid of these renters. This Collective Impact Project (CIP) initiative came about in 2019 through the collaborative work of various community and public stakeholders.

After nearly 15 years of existence, the CDEC Côte-des-Neiges/Notre-Dame-de-Grâce closed its doors in 2016. Its mission was to encourage and promote the social and economic development of the neighbourhood by providing local stakeholders with the right resources.