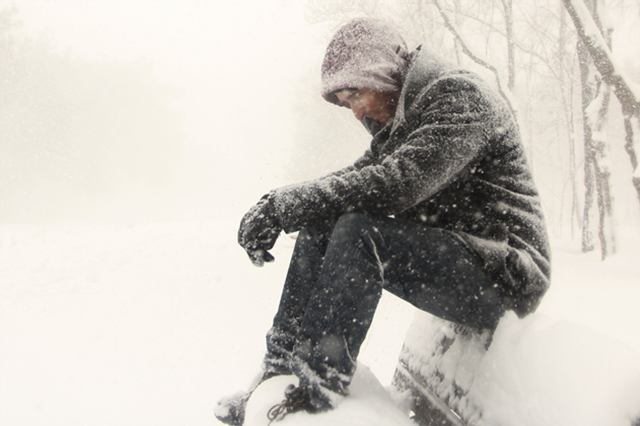 An ever-present, complex and diverse situation

Winter has come, and it’s time to dress as warmly as possible before leaving the house to start the car or wait for the bus. As you fend off the cold, you barely comprehend how people on the streets can cope.

But with the cold weather, we must pay particular attention to people experiencing homelessness, a situation that most of us rarely consider, as we think, “That could never happen to me!” Homelessness, the most extreme and obvious form of social exclusion, is very present in our Greater Montreal community and is an issue that raises a multitude of questions.

The New Faces of Homelessness

The faces of homelessness are many and increasingly diverse, with more and more homeless women in the central neighbourhoods and throughout Montreal. These women are not always visible and can experience homelessness in other ways, such as by constantly moving from place to place.

The men are getting older and older. Some have aged on the street, while others get there later after life delivers a hard knock.

A growing number of immigrants find themselves homeless after experiencing great hardship as they migrate.

Indigenous people fleeing their reserves have had a growing presence over the past 20 years.

And we can’t forget everyone who turns to the street due to discrimination, as young people, especially those from LGBTQ+ communities, represent between 20% and 40% of Canada’s homeless youth.

Homelessness is no longer strictly confined to downtown Montreal. It has spilled over into many Montreal neighbourhoods as well as into Laval and the South Shore.

The paths that cause people to become homeless are varied. They are the result of complex problems that can begin in childhood or develop in different stages of life. In many cases, homelessness comes with mental health or addiction problems.

Montreal has the highest number of homeless people in Quebec. But how many of them are there? This question is extremely difficult to answer.

A first census carried out the night of March 24, 2013 counted 3,016 people. A second census taken the night of April 24, 2018 included 3,149. Many experts believe that this number could be multiplied by 5 or even 10 to account for all situations of homelessness.

What we do know for sure is that all support resources for both men and women are seeing increased homelessness rates in many Montreal neighbourhoods.

But this number doesn’t include the invisible homeless:

Pierre Gaudreau has been at the helm of the RAPSIM for 15 years. During this time, he has used his many skills to do everything he can to defend the rights of the homeless and create greater ties among the member agencies of the RAPSIM network.

Pierre Gaudreau came to the RAPSIM with great experience in the area of advocacy. He quickly found ways to increase the visibility of homelessness and its issues. Through ongoing education, he gives a voice to homeless people so that they can stand up for their rights.

The RAPSIM network agencies have nothing but praise for Pierre Gaudreau. They put their full trust in this bold and persevering leader who brings people together and who serves as an excellent spokesperson for the issues of homelessness while easily juggling the realities of RAPSIM’s 100 agencies (and more).

In 2016, Centraide honoured him with the Solidaires Leadership award, which recognizes an agency director or staff member for their outstanding overall contributions or for a specific remarkable achievement at an agency or in their community.

Homelessness is the most extreme and obvious form of social exclusion. Being in this situation means experiencing social exclusion in many forms: from work, from housing and from family.